The very perception of every individual irrespective of the different sections of the societies, is that the difference between a man and a women, and the differentiation made between them. Even ironically the idea of bringing the equality between male and a female starts with gender discrimination. The perception and idea of human birth in relation to women has been taken so far that in every sphere now then we find the differences between the genders.

The stretching of the birth and human sustainability, has been stretched too far and should be stopped at once. If ever we want to keep a difference between a male and a female then it should be kept behind the locked doors of “bathroom and bedrooms“. We have been differentiating the genders in respect of body parts and that to choosing the reproductive parts.

Which has become the sole reason for the differentiation, if we taking body parts then we should probably be considering the “brain“, which would let towards the path of equality and right positioning. Masculinity and femininity is the essence of individual which makes a man and a women but doesn’t account in to toothsome factor to gender inequality If it has to be done then considering the behavior, humility, kindness and character should be the main factor.

The minuscule, narrow and shallow mindedness and narcissism attitude will only lead toward the indifference that we are seeing,  no amount of project and investment is going to change the face if the perception and idea has not been changed. Hence, individual upliftment and dropping the inclusive idea will help in eradicating these norms and trends. It’s the credibility of individual that should matter not the gender biasedness.

To conclude I would only say that “These isn’t about only individual sustainability but also as collective group of consciousness and society we live in, needing to make a difference, and it begins with us. So, that our future generation can have right mind and right future and equal sustainability in the society.” 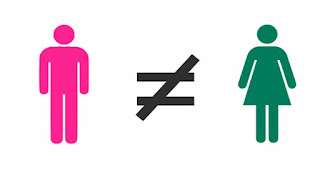 Digital Marketer and Growth Hacker
A Learner, Philanthropist, Freelancer, Digital Marketer inclusive in nature and giving the best that I can with the last resort available. Quite but loud and clear, simple and classic, entertaining and fun loving.